Because of our many years of attending Christmas nativity plays in church most people think that the Heralding angels filled the evening sky over Bethlehem with the joyous sounds of melodious singing to announce and celebrate the birth of Jesus. But the Scriptures clearly say… they were ‘saying.’ “And suddenly there appeared with the angel a multitude of the heavenly host praising God and saying, ‘Glory to God in the highest, and on earth peace among men with whom He is pleased.’” (Luke 2:13-14) The word saying is lego which means to lay forth or refers to an individual giving expression that breaks the silence by asking, calling, describing, speaking, telling, commanding, or uttering speech. Angels communicate intelligently in speech. (Matthew 28:5)

A band of Herald Angels arrived during Glory of Zion’s Head of the Year 5778 celebration on Sunday, September 24, 2017. Dr. Charles Daniel Pierce was scheduled to bring the message. But the angels released such a powerful corporate presence of revelation knowledge Chuck deferred to the tangible anointing that resided in the auditorium. Those present could tap into revelation to gain understanding of strategies of how they were to move forward personally in the year to come. It was so powerful to see and sense the thick, overlapping manifestation cast in the building. Herald angels have majestic, large wings of flight. Their coming is marked by the unified sound of soaring. Their imposing presence brings God’s glory and good-will to their audience. The anointing and noble news they carry promotes believers’ spiritual awareness to a higher level of peace, understanding and power. The sudden appearance of Herald angels denotes the end of one era and the birthing of another. The angels that heralded the kingdom mandates of the previous season ascend up a heavenly supernatural ladder. They are received by heaven with great celebration for their earthly service and kingdom achievements. Upon their arrival in heaven a new era is birthed. A more advanced set of Heralds are dispatched that have been equipped with throne room wisdom and strategies from the counsel chambers. Herald angels descend to earth through portals created by our worship. These heavenly heralds are unified with one voice to bring forth new vision, anointings, and power. Heralds carry revelation knowledge of how to minister life, healing and salvation. They lead a military advance to overcome evil opposition and move forward against darkness. An angelic herald represents heaven’s army in a royal ambassadorial capacity during wartimes. Herald angels are an important team of messengers, forerunners or harbingers who precede heaven’s angelic officers by ushering in the birthing of something new. Heralds announce or publicly carry a royal proclamation that acts as a foreshadowing of an event. Their arrival signals that new spiritual armor bearing, wisdom and intelligence has come to challenge the status quo formed by the alignment of both false religion and corrupt governmental structures. These heralds announced the coming of marshaled combatants that have been released to function against the current self-serving agendas that were formed over the past twenty years even going back to expose the foul play during earlier presidencies including those around 1998.

Angels are members of a heavenly order of beings who have a superior spiritual nature to man. They are all ministering spirits, sent out by God to provide service for the sake of those who will inherit salvation. Angels reflect the wisdom of God because they desire to learn of our great salvation in Christ. (1 Peter 1:12) Angels are higher than man in power, knowledge, and aptitude (2 Samuel 14:17, 20; 2 Peter 2:11) but they are not all-knowing or all-powerful like our God. Angels possess great physical and spiritual power (Psalm 103:20; 2 Thessalonians 1:7; Mark 13:32). The power that is resident within an angel is derived from and dependent upon God. The level of their intervention into the affairs of man comes from and is excluded by His will and command. Angels are brilliant and have an amazing level of intelligence far above that of people. They have been in the presence of God and observed man throughout history so they have continually evolved into magnificent beings with great godly wisdom. They understand human nature.

These spirit beings function similarly to the way the soul of man functions but they are not at all ghostly. The soul of man contains our mind or intellect, will, and emotions or sensibility. The soul includes our passions, memories, fears, character, integrity, and personality traits. But our soul cannot completely know or comprehend the vastness of God or the greatness of God’s ways. We must choose to be led by the Holy Spirit in our spirit, to commune with God in spirit and in truth through our thoughts, ways, relationships, and actions.

The Holy Spirit (God the Father and Jesus the Son) is the only Spirit that can hear the thoughts and unspoken words we ponder in our heart. We are to think on noble, just, and lovely things that are full of virtue. We must know God by the Spirit. Our spirit is born again at salvation by repenting of our sin, believing Jesus is God and receiving eternal life through Jesus Christ. David commanded his soul and all that was within him to bless the Lord. “Bless the LORD, you His angels, who excel in strength, who do His word, heeding the voice of His word. Bless the LORD, all you His hosts, you ministers of His, who do His pleasure. Bless the LORD, all His works, in all places of His dominion. Bless the LORD, O my soul!” (Psalm 103:20-22) We must do the same.

When we commune with God in the realm of the Spirit we must be aware of His presence, truth, and wisdom. Our God-consciousness empowers angels and the Holy Spirit to assist us. God fills our spirit with His grace and peace so that we can learn how to have a deep meaningful experience with Jesus. We are called to know Jesus in a personal intimate manner. Jesus has all the power and gifts of God. God is Spirit. Those who worship God must recognize His ways and discern the coming and moving of His Spirit. We must learn how to worship God in Spirit and in Truth.

We are able to abide in the secret place of God’s presence because Jesus has given us everything we need to live a life devoted to God. It is through our knowledge of Jesus and His divine power that He has given us all things that relate to life and affect godliness. When we learn how these divine gifts operate we can enter heavenly places in and by the Holy Spirit to learn more of God. God connects with and communicates to us through our spirit. When we walk by the Spirit and not the soul, we will escape the ruin that comes to people in the world because of the evil in their heart. Our testimony becomes, “I am crucified with Christ, nevertheless I live through the power of Jesus Christ residing in me. The life which I now live in the flesh, I live by faith in the Son of God, who loved me and gave Himself up for me.” (Galatians 2:20)

God’s holy angels are totally surrendered and devoted to God. Angels never question God’s motives, get depressed, or complain to God. When angels are visible or were seen appearing to man in the Bible, or in today’s world, they take on the physical form of man (Genesis 18:2; Daniel 10:18; Zechariah 2:1). When they aren’t appearing as humans they can also inspire awe and great wonder when they are in their heavenly spiritual forms. (Judges 13:6; Matthew 28:3-4; Luke 24:4).

Breath of the Spirit Ministries.com 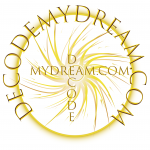 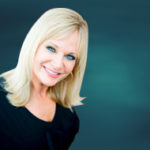